"Leaning In" as Imperfect Allies in Community Work

The work of allies in community work is informed by justice-doing and decolonizing practice. A brief description of being an ally is outlined here, as well as understandings of the importance of the concepts of fluidity and groundless solidarity in ally work. Leaning in is described and offered as a way to invite accountability while resisting righteousness. Leaning in invites collective accountability, which is a more useful concept than personal responsibility, which sides with individualism and the idea we are only held accountable for our personal actions. Strategies for being an ally are considered, including engaging with a hopeful skepticism while reflexively questioning whether we are walking the talk. The limitations of allies are discussed, as well as the need to make repair for our failures as allies. Strategies for resisting both unity and division are addressed, as is the possibility of creating cultures of critique that allow for something other than attack and division. Imperfect solidarity based on points of connection is offered as a useful strategy for maintaining good-enough and required alliances across time. Finally, some exercises are offered for readers to engage with: an inquiry into their histories and imperfect practices of being and needing allies, and some invitations to step into domains where they have previously not served as allies. 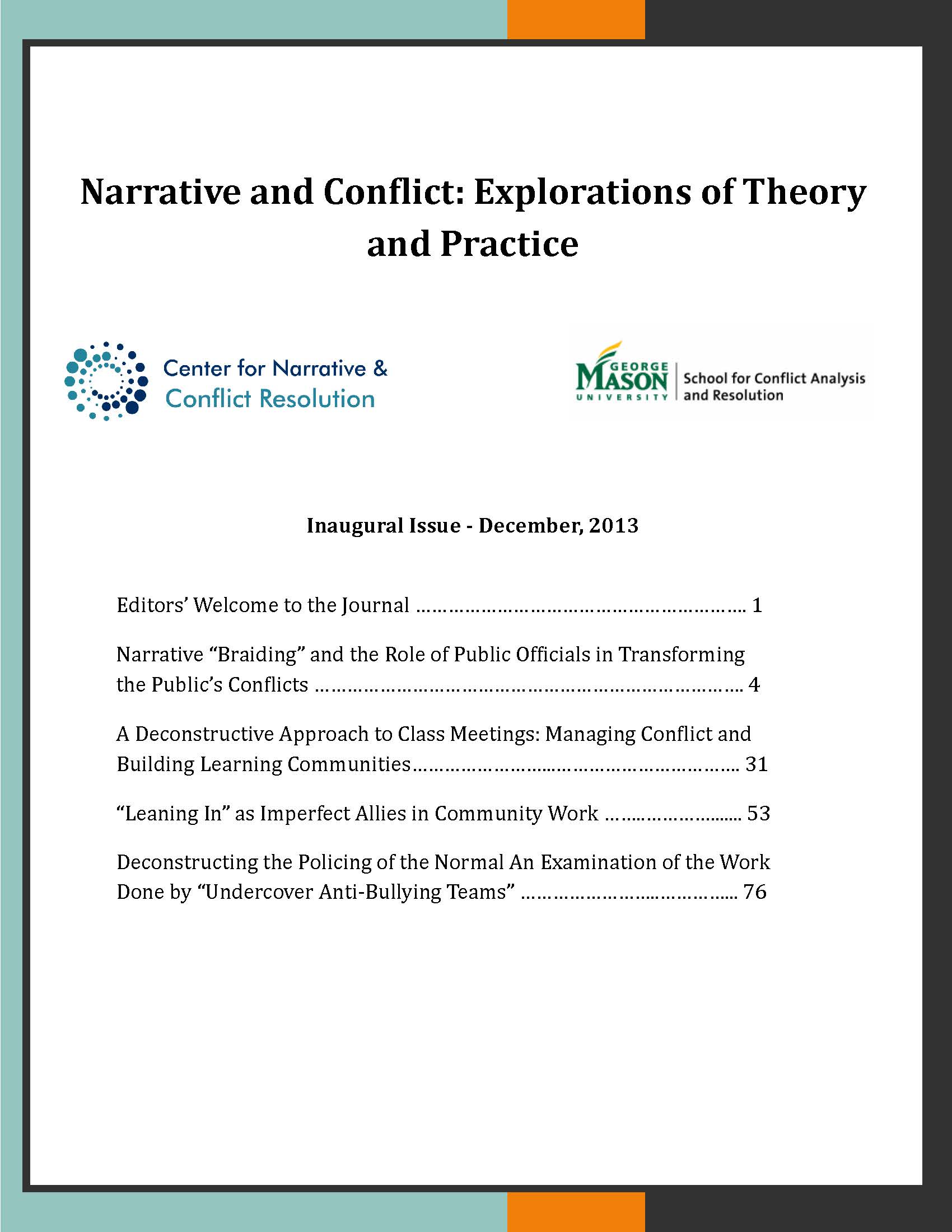 This work is licensed under a Creative Commons Attribution 4.0 International License.

A publication of the Center for the Study of Narrative and Conflict Resolution at the School for Conflict Analysis and Resolution, George Mason University.